Aren't all Probiotics the same? 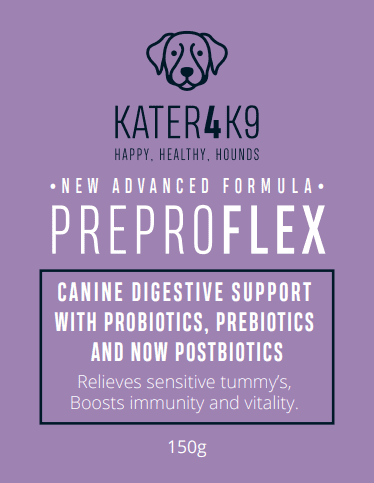 Probiotics are species specific, so probiotics bought for yourself from the supermarket offer no support to your dog. But even “dog” specific probiotics are not all created equal. After a brief conversation with a client about our PreproFlex and how it differed to others and I was intrigued by how many products claiming probiotic status used Enterococcus faecalis as their probiotic of choice. It’s a lot, a hell of a lot. That’s because it’s suited to survive the digestive process and it promotes a balanced gut preventing the growth of bad bacteria.

So you might be asking yourself why don’t we use it, why do we use something else.

Well, in the past there has been some controversy over the use of E. faecalis as it has been known to create an environment that is resistant to antibiotics, so medications that could potentially clear up infections are not effective. There, of course has been a lot of research in to this and the strains used as a probiotic are now generally considered safe. But we didn’t want to risk it, so chose Bacillus subtilis in our preparation instead.

Cultures of B. subtilis were popular worldwide before the introduction of antibiotics to stimulate the immune system to fight gastrointestinal and urinary tract diseases. It too is also very resistant to the digestive system so survives well, therefore boosting the good gut microflora and suppressing the opportunistic harmful bacteria such as E.coli and Salmonella.